How Pro Marketers Tap Into Their Customers’ Psyche

by Brian Manon | Get Traffic | 0 comments 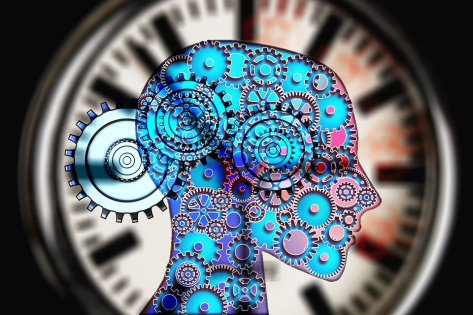 When you watch commercials, you’ll notice that they fall into two broad categories. In one group of ads, you feel as if the seller of the product is attacking you, bombarding you with information about how their product is a million times better than the competition.

In the second category, you’re not aware of this at all. You don’t feel like you’re under attack, but, instead, consuming something pleasant, informative, and compelling.

The difference here is crucial. In the first instance, marketers use crude, unsophisticated, and sometimes disrespectful ways to entice their customers. And in the second, marketers operate so deftly that you hardly realize you’re consuming a commercial.

So what’s the secret here? How is it that one type of marketer can penetrate the psychological defenses of a buyer like a Trojan horse, but others can’t?

Let’s take a look at some of the strategies that they use. Hopefully, you can learn something relevant to your company.

Make Exciting Promises And Deliver On Them

Marketers know instinctively that if they make exciting promises to customers, they’ll grab their attention and encourage them to part with their cash. The more value somebody thinks that they’re going to get, the more they’re willing to pay.

The problem with this approach, though, is that you have to back up the promises with actions. If you don’t, you’ll receive a flurry of negative reviews, and customers will go elsewhere. You don’t want that. It is better not to make promises at all.

If you know, however, that you really can deliver, then go ahead. Customers want to hear about how your product will change the world and make their lives better. If you’ve got the goods, then go for it.

Tap Into Your Current Market

Top companies know that they can’t appeal to everyone. For that reason, they focus a lot of their marketing efforts on the customers that they already have.

The purpose of this kind of marketing isn’t to introduce the products or even necessarily to try and sell them. Instead, you’re looking to reinforce the positive opinions your customers already have, encouraging them to consume more.

The Dairy Council pulled off one of the most successful advertising campaigns in history by doing just this. After years of trying to get non-milk-drinkers to use their products, they tried a different tack. This time, they went after their existing customers, telling them that drinking one pint of milk per day wasn’t enough. To get the health benefits, they needed two, three, or even four.

The health claims were entirely false, but that didn’t seem to matter. “Got Milk?” became the most successful campaign in the history of the industry, and it all came down to the fact that they marketed to existing customers.

As Voluum points out, this is important for anybody in the affiliate marketing industry too. You need your existing customers to provide a continual supply of income, and the only way you can do this is by convincing them of the value of consuming more.

Always Do What Your Competitors Won’t

For years, McDonald’s refused to offer a delivery service to customers, even though people were begging for it. Call it stubbornness or lack of foresight, but McDonald’s did very poorly in this arena. Only recently has it finally begun making deliveries through Uber Eats.

Customers don’t like this sort of thing. They don’t enjoy it when their favorite brands WON’T do something, just because it would involve making a change. In the minds of customers, there’s always room for improvement.

Here’s how you might be able to benefit. Nothing is stopping you from tapping into your customers’ psyche by pointing out how you offer a particular service, and a competitor doesn’t. If it is something that people want, you’ll often find that they’re willing to pay extra for it. Thus you shouldn’t be afraid of raising your prices. It can actually help the long-term viability of your company if you do.

Before reading, writing, and arithmetic, there was storytelling. For countless generations, our ancestors told each other tales of the past and relayed information on how to make fires and construct specific tools.

Storytelling, therefore, became something hardwired in our brains. We’re highly evolved to do it. It’s in our nature and an essential component of our survival strategy.

Companies, however, seem to miss this fact. Often, they prefer to spam customers with information, instead of creating a narrative.

Failing to create a compelling story is a bad idea. Companies that don’t position themselves with some sort of commercial folk tale inevitably lose market share to those that do.

Just look at what happened when Apple began it’s “I’m a PC. And I’m A Mac” adverts. It went from being just another computer company to one of the most valuable in the world, worth more than $1 trillion by the start of 2020.

The reason it was so successful was that it was able to use a story to tap into the deep-seated grievances people had about their PCs. Customers didn’t want something difficult to use and crashed all the time. They wanted a tool that was user-friendly and would just work. That’s what Apple managed to create. You didn’t need a Ph.D. in computer science to use its products. It was all intuitive.

If you can do a similar thing, you’ll get under your customer’s skin and give them a reason to buy from you. They will see you as a company that solves a problem in their lives that nobody else can.

Pro marketers try, where possible, to avoid sabotaging their products.

You can see many of these self-sabotage episodes coming from a mile off. Clairol, for instance, released yogurt hair shampoo in 1979, hoping to expand its market. But the product tanked because people didn’t like the idea of having yogurt in their hair. Worse still, the company used real yogurt, meaning that the shampoo went off.